Ecuador and Peru shall be connected by a fourth highway 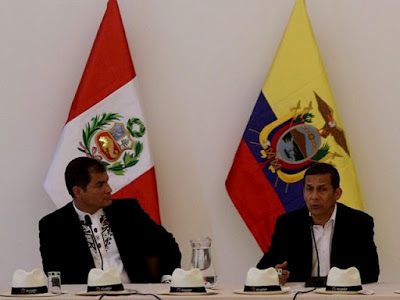 In accordance to the commitments of the Peace Agreement between Ecuador and Peru since 1998, three roads were concluded and the fourth is being executed. This was announced yesterday by Vicente Rojas, Executive Director of the Binational Plan.

Rojas explained that the highway that connects Saramiriza (Peru) with Loja (Ecuador) advances by direct instruction of Presidents Ollanta Humala and Rafael Correa, and the management of the Mayors of those towns.

In January 2015 shall be completed the linking route of the Peruvian city of Jaén with the International Integration Bridge in La Balsa town, un the border with Ecuador. According to Peruvian authorities, these axes will completely allow to connect the two countries and will be projected to the Brazilian city of Manaus.