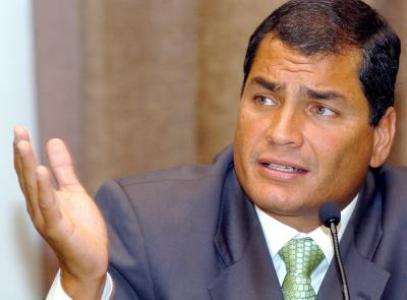 After having concluded the Third Round of Negotiations between Ecuador and the European Union (EU) and not having reached a trade agreement, the country could present difficulties.

“If the agreement is not signed in December, we lose SGP preferences, and millions will be lost. We neither agree to lose a lot (in negotiations). We take the risk with the certainty that in December we lose the tariff preferences with Europe and our neighbors have already done it (signing the TLC). But we won’t to sign it at any cost. It was thought  to close this negotiation but there are still sensitive issues to be addressed,” said Ecuadorian President Rafael Correa.

According to government’s calculations, if the tariff preferences are lost and the trade agreement with the EU is not signed, the compensation cost to the country’s exporters would be $ 1,239 million in 2015-2020.

Without agreement,  bananas would enter at a tariff of 114 euros, while with the agreement the tariif is 75 euros per ton. Shrimp, with 12% versus 0% with tariff agreement. Coffee with 136 euros without agreement and 0% with agreement.

The Economic Commission for Latin America and the Caribbean (ECLAC) said that if the agreement is signed the country would have an higher consumption, investment, imports and exports. Because the Gross Domestic Product (GDP) would increase un q 0.10% and exports by 0.11% annually.