Ecuador and the EU retake fourth round of talks

This Tuesday night in Brussels until next Friday, Ecuador and the European Union (EU) will continue with the fourth round of negotiations for a trade agreement, as reported by the foreign trade minister Roberto Betancourt, chief negotiator of the Ecuadorian team.

The fourth round of negotiations between Ecuador and the EU began last Monday July 7 and was supposed to end on Friday 11, but both sides decided to extend it a few more days “to ensure a higher level of balance of interests and aspirations,” said Betancourt. 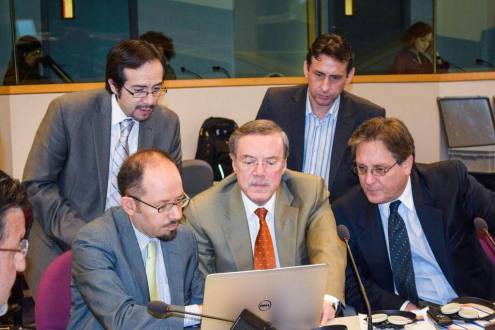 Roberto Betancourt (mid) along with the rest of the Ecuadorian team.