Ecuador proposes popular consultation in Venezuela before the OAS 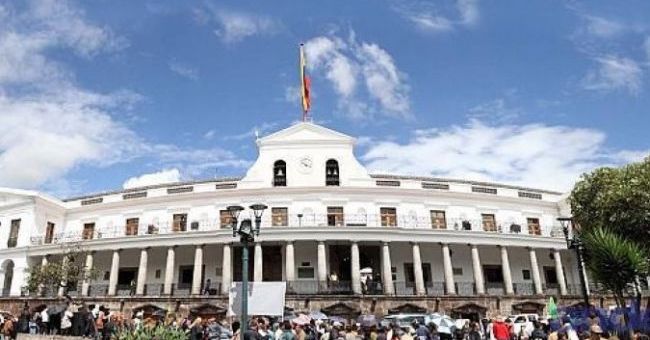 The Ecuadorian government proposed to the Organization of American States (OAS) that a referendum be held in Venezuela to determine whether or not to endorse the electoral process of last May 20.

In the elections was given as a winner, again, Nicolás Maduro. “The Ecuadorian Government has the conviction that the last elections in Venezuela can only be determined by citizenship.”

In the official Communiqué issued by the Secretariat of Communication (SECOM) proposes “a popular consultation in which it is decided whether the results of the electoral process must be endorsed or if new elections are called in a near term”.

“This consultation should provide guarantees of transparency and participation to all Venezuelans, without any exclusion, and be carried out with total openness to the observation of all political parties, organized civil society and specialized international organizations such as the Organization of American States ( OAS), “the statement said.

Ecuador proposed that dialogue is the only path of real and lasting solution for the social, economic and political problems that exist in Venezuela. President Lenin Moreno through his social networks also shared a more extensive statement in which he assures “international economic sanctions contribute nothing to that solution, on the contrary, they generate greater internal tension and punish -historically and paradoxically- the most needy ”

This bulletin also commented that the arrival of thousands of Venezuelan brothers who are forced to leave their country is attested. The statement on Ecuador’s position came after the OAS approved a resolution that opens the door to the suspension of Venezuela from the organization and that does not know the legitimacy of the May 20 elections. (I)