Ecuador ratified the continuity of asylum to Assange 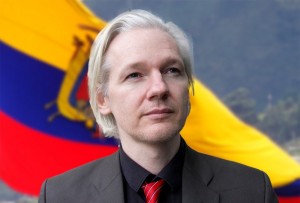 The Foreign Ministry of Ecuador ratified on November 21 the decision to continue giving asylum to Julian Assange, founder of Wikileaks, in the Embassy of Ecuador in London.

The announcement was made after the Court of Appeal of Svea (Sweden) decided to keep the remand order issued in absentia in 2010 against the Australian, due to four alleged sex crimes.

Among the alternatives that proposed the Ecuadorian diplomacy are that Swedish officials take the testimonio of Assange in the Ecuadorian Embassy in the UK or the use of videoconferences for the same purpose.