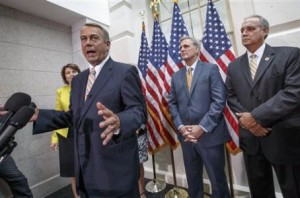 R epublicans rejected the use of the executive authority of the US President Barack Obama, as a way to apply his power, after he made official the package of measures signed to regularize the status of 5 million of undocumented immigrants, of 11 million residing in the country.

The authorities insist that Obama’s movements are strictly law-abiding and have a constitutional precedent, despite allegations from Republicans, in the sense that they represent an illegal use of power as president and responsibility in the administration.