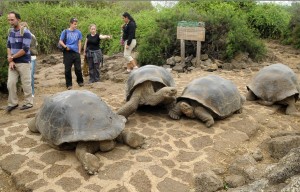 According to the Ministry of Tourism, about 1.5 million foreigners, mainly Colombians, Americans and Peruvians, visited Ecuador in 2014, registering a new record, as stated.

The provision of 1.5 million foreign tourists was surpassed on Monday, until the accounting of 241 other people that entered the country.

While between January and November 2014, 24% of tourists came from Colombia, 17% US and 12% in Peru, major issuers of tourists to the country. 45% of arrivals were registered at the Mariscal Sucre airport in the outskirts of the capital.