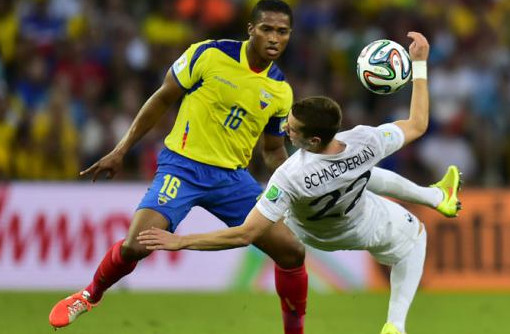 Ecuador’s National Team drew 0-0 against France by Group E at the Maracana stadium in Rio de Janeiro, and was eliminated from the World Cup Brazil 2014.

Ecuador needed this victory against the French because Switzerland won Honduras 3-0 and classified to second round by score.

Ecuadorians had few opportunities in the first half due to the defensive work of the Gauls.

In the second half things got complicated for Ecuador because of the expulsion of Antonio Valencia (min 50) due to a risky fault against Digne.

France took advantage of its numerical superiority and went on the attack, but after several attempts to score, It could not get it thanks to the great performance of Dominguez.