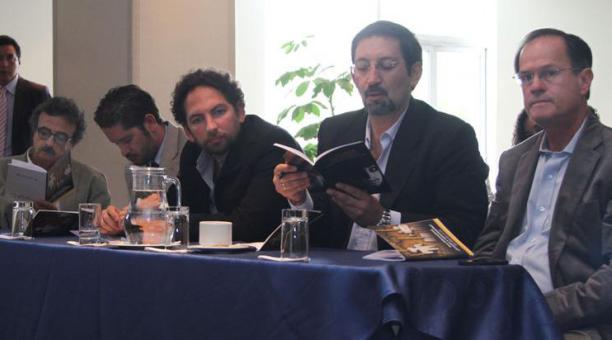 Two forums that addressed issues of communication were conducted yesterda, due to the year in force that complies today (June 25) the Organic Law of Communication (LOC).

The Superintendency and the Regulation Council, entities created by law, evaluated the first year as positive.

Fundamedios, the event organizer, presented its report of the changes that have occurred in the opinion areas of the television media since the enactment of the Communications Law.

The forum also highlighted the penalties to media imposed by the Supercom, which began its work in late 2013. Marcelo Larrea, President of the National Federation of Journalists, recalled the fine against the newspaper El Universo for a caricature of ‘Bonil’ and the sanction to Extra newspaper for publishing a picture of a model on the cover of the newspaper.

This would create a tense atmosphere for the exercise of journalism freely. But the picture is not as daunting as seen from the other side. At the International Center for Advanced Studies in Communication for Latin America (Ciespal) a discussion was also developed yesterday on the subject, involving members of the Regulatory Council of Communication (Cordicom).

Gerard Imbert, Professor of the University of the Sorbonne in France and guest to the event, saw the regulation of the media in the country as positive.