During a press conference in the framework of the 69th General Assembly of the United Nations (UN), the Minister for Foreign Affairs and Human Mobility, Ricardo Patino, announced that Ecuador will host the South America-Africa Summit (ASA) in 2016.

Patino also discussed the measures being taken by Ecuador in order to comply with a change in the use of energy friendlier to the environment. “Ecuador is promoting the use of electricity from water resources,” he said.

The ambassador also referred to the case of Julian Assange and said he is going through an unfair situation from a legal point of view. “It is exaggerated that a citizen who has put his life at risk, remains confined. With Assange they are violating a fundamental principle of law,” said the official. 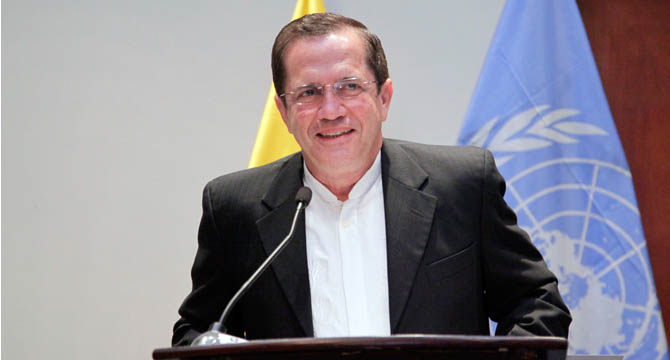 Ricardo Patino during his speech at the 69th General Assembly of the United Nations (UN).