Ecuadorians need 21% of the basic salary to eat healthy 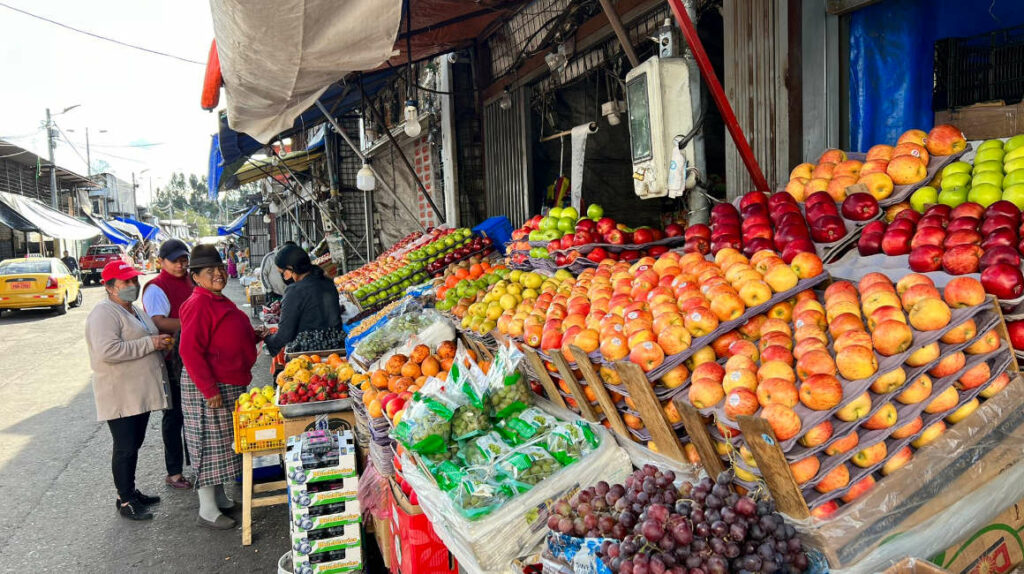 An Ecuadorian needs USD 2.93 a day to eat healthily , according to a recent study carried out by several United Nations organizations .

Accessing healthy food is a challenge for one in four Ecuadorians living in poverty , according to the latest report from the National Institute of Statistics and Censuses (INEC).

A person is considered to be in poverty when they receive less than USD 87.7 per month or the equivalent of USD 2.92 per day.

25% of the population must cover all their needs with these resources, which are insufficient.

The lack of resources means that 39% of Ecuadorians are in a situation of multidimensional poverty, suffering several disadvantages at the same time, according to data as of December 2021 from the INEC.

Among these deficiencies are little access to drinking water, malnutrition, school desertion and overcrowding.

For this reason, 57% of families in Ecuador have had to borrow money to eat , according to a survey of 1,800 households by the United Nations Children’s Fund (Unicef).

In Ecuador, 3.8 million people or what is equal to 21.4% of the population cannot access a healthy diet, according to the Food and Agriculture Organization of the United Nations (FAO).

In the last five years, the country’s population living in food insecurity has increased by 18% .

A person is food insecure when they lack regular access to enough nutritious food to allow them to grow and lead an active and healthy life.

Food insecurity responds to problems in accessing food and the lack of resources to obtain it , says the FAO.

In Ecuador, and the world, malnutrition is aggravated by the current economic crisis, which has slowed down the growth of countries and threatens to lead others into recession.

Added to that is Russia’s invasion of Ukraine, which has lasted 155 days. The war has aggravated supply chain disruption and reduced the supply of basic grains, vegetable oil, gas and fertilizers.

Russia and Ukraine are two of the world’s largest suppliers of wheat, corn, barley, sunflower oil , urea, and natural gas.

In Ecuador, the consumption of vegetable oil fell 4% between January and March 2022, due to the increase in its price. A liter of sunflower oil costs USD 6.50 in the country’s supermarkets, which is equivalent to 1.5% of the basic salary.

“Inflation and rising food prices further complicate access to healthy diets,” according to the FAO.

Global inflation is a consequence of the subsidies and cash transfers that many countries made to their populations as financial relief packages for the Covid-19 pandemic.

In June 2022, the annual inflation in Ecuador was 4.23% , while the increase in the prices of food and non-alcoholic beverages reached an annual rate of 7.27%.

The increase in inflation erodes the purchasing power of households, which respond with cuts in food, health and education.

17.6% of Ecuadorian households expect to reduce their spending on food in May 2022, according to the Consumer Confidence Index (ICC) prepared by the Central Bank.

Meanwhile, 61.2% of Ecuadorian households plan to maintain spending on food and 21.2% plan to increase it.