Certain energy drinks that are prepared with the guayusa leaf, a plant that is produced in Ecuador and Peru, would induce greater mental concentration when playing video games than other hydrating beverages. This is the conclusion of a study carried out by researchers associated with the University of Memphis, in the United States, and which was recently published in the Journal of Clinical and Translational Research. 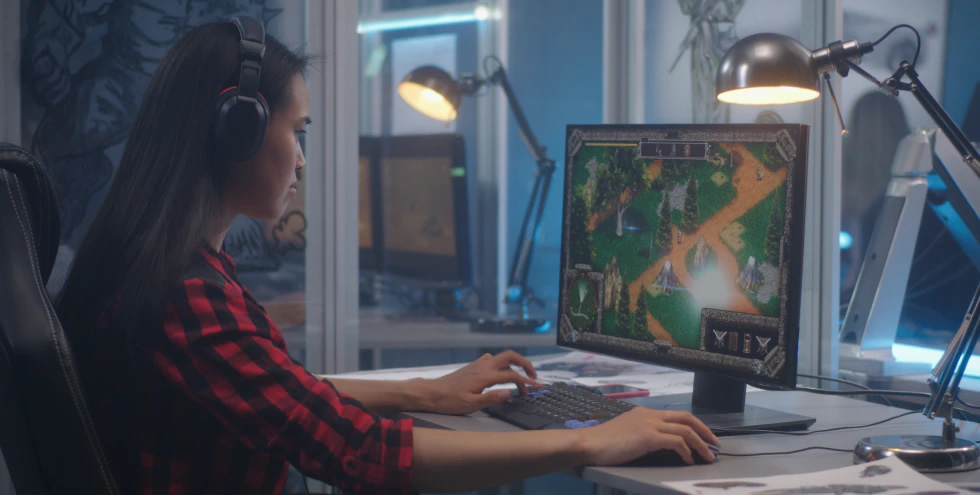 Guayusa has natural caffeine, but it does not work the same as other products that also have this substance, since it does not cause nervousness in people. The research analyzed an extract of the Ama Tea drink, which is made from this plant.

“Video games is a multifactorial research problem, as it involves an individual’s ability to think and reason abstractly, and solve problems either alone or as a member of a group. The present study aimed to see what effect chemical changes might have on players in an hour-long Fortnite session.

It is currently popular to see gamers and streamers drinking energy drinks while performing live on social networks, but most of these liquids have a negative impact on health. However, drinks with guayusa would maintain sustained maximum cognitive performance and natural euphoria for several hours of gamers’ competition without health complications: “A different (higher) dose of the supplement can produce even more favorable results.”

This would be another of the benefits attributed to this ancient plant that has been planted in the Ecuadorian Amazon due to its medicinal characteristics. Guayusa contains magnesium, calcium, potassium, zinc and vitamins C and D; it also has chlorogenic acids that help improve cardiovascular health; It also has essential amino acids for the body.

The export of the leaf, tea and energy drinks with this plant has grown steadily in Ecuador. According to data from the Ecuadorian Federation of Exporters (Fedexpor), in the first two months of 2022, $324,000 of the product was exported. Among the main destinations are India, the United States and Germany.

It is estimated that Ecuador produces more than 90% of the world production of guayusa. The crops extend mainly through the provinces of Napo, Orellana and Pastaza.

Santiago Sotomayor drinks hydrating drinks while playing video games, since his sessions alone or with friends last more than four hours: “They help me to be active and keep me from falling asleep, but I know they are high in sugar.” He states that he has not tried guayusa-based energy drinks and had not heard that they can be useful in the gamer world. I’ll have to try it out and see what happens. He had heard of tea and that it was good.”

In Ecuador, the company Waykana works on the cultivation, production and export of guayusa to create products that enhance its benefits and properties. It also markets, locally, energy drinks with this plant and seeks to reach gamers to expand their markets.

“The benefits for gamers are the focus and that it is a 100% natural energizer. Helps concentration, has antioxidants, calcium, helps the digestive part, keeps you alert, awake. Our product does not contain taurine like the rest of the traditional energizers that when you take them the person begins to break out in a cold sweat and suffers from anxiety and that happens because of the taurine because it is chemical”, indicates Nicolle Torres, head of Marketing of the company.

Samay is another enterprise that is dedicated to the export of the guayusa leaf. One of its main destinations is Switzerland. The international market has a very good vision of what “superfoods” are, that is, natural foods with highly beneficial properties for consumers, says Mishell Carvajal, director of Samay. This company has had the impulse of the Ministry of Production.

A study by the Ikiam Amazon University, published in 2019, states that guayusa is capable of fighting diseases such as arthritis, rheumatism, and the flu. In addition, it is believed to be excellent for combating aging. Its use as an antidiarrheal and bactericide is still being studied.