Elimination of tariffs on European cars will take seven years 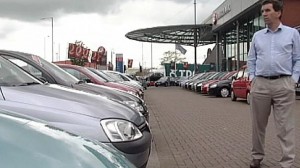 At the end of the negotiations for the trade agreement between Ecuador and the European Union, the elimination of tariffs for European vehicles was determined to start from 2016 and will take additional seven years.

The Government added that what is sought with that clearing period is to give a term to national assemblers in order to have the opportunity to become more competitive, generate added value and access new markets.

The President Rafael Correa stated that they seek to protect the national industry, but if after the period of relief they are unable to compete with industrial goods from the EU, they would be protecting an inefficient national sector.

Juan Bermeo, President of the Chamber of Automotive Industry of Ecuador (Cinae), said that they are working to become more competitive in this term.

The 40% of sold cars in Ecuador are of Asian brands