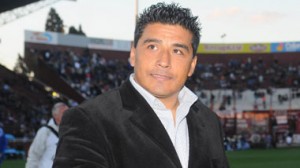 The fabled “Explosion Azul” night of the 2011 championship would be focused on the new players of the team at the Capwell stadium. The electric team would offer a friendly match against the Universidad de San Martin of Peru. The team formation would be the one used on the national tournament and Copa Libertadores under the direction of Omar Asad, the Argentinean coach.

The sensation of the night is the hiring of Edison Mendez for the CS Emelec, the announcement would be made official during the night. Among the new members there is the Argentinean striker Eial Strahman. The stadium located on San Martin street would be open around 16:00, and at 19:05 the artistic show would begin with the chants of the fans “Boca del Pozo.” At 19:45 the new Emelec team for 2011 would be introduced, and during 20:20 hours a firework show would start.

The soccer match against the Peruvian champion will begin at 21:00.

Electricity Costs will Rise in February