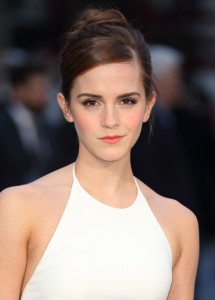 Watson, who was named ambassador for UN Women, will star alongside with Brühl a new film about the Chilean dictatorship

“Colonia,”the new film starring British actress Emma Watson and German actor Daniel Brühl, is based on a true story from the lived dictatorship in Chile between 1973 and 1990, after the coup d’état given by General Augusto Pinochet against socialist President Salvador Allende.

Brühl will play a young man arrested by the DINA (National Intelligence Directorate), after which he is sent to Colonia Dignidad, a charitable mission led by Pastor Paul Schäfer, a place from which no one escapes. Lena (Watson), his girlfriend, will join the mission to be by his side. The film will be directed by German director Florian Gallenberger, who won an Oscar in 2001.

George Clooney walks through the streets of Venice with his wife