Employees of the Civil Registry, arrested by deliver cards with fictitious data 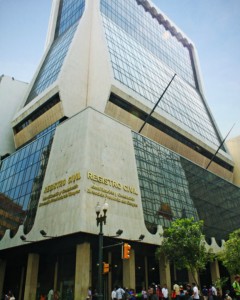 With 9 to 12 years of less imprisonment were sentenced seven employees of the Civil Registry of the Guayas, who were arrested between Monday night and yesterday morning, for an alleged crime of electronic forgery of documents, which would have benefited, illegally, to foreign nationals.

It’s three men and four women, who were detained in the facilities located on 9 de Octubre Avenue and Pichincha and South agency, in the 25 de Julio avenue, Guayaquil.

According to the national police, staff of Directorate General of intelligence (DGI) investigated, three months ago, the entry of Cuban and Chinese citizens to the integrated system of the Civil Registry, where foreigners obtained false certificates with Ecuadorian nationality, which according to the lifting of the information, got them in Guayaquil.

These irregularities were detected on ballot papers issued to six citizens of Chinese nationality, three Cuban and a Colombian.

Raúl Llerena, lawyer for several of the detainees, said that none of its customers had access to the system key to change data.