Escalada gives the victory to Emelec against León 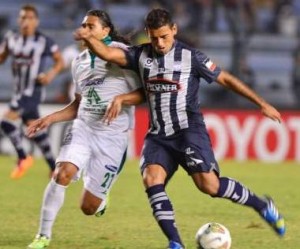 The Club Sport Emelec defeated 2-1 last night the mexican team León for the 3rd date of the Group 7 of the `Libertadores de America´ Cup and remained as temporary top with 6 points.

The forward Luis Miguel Escalada, highlighted after scoring two goals for his team gaining the victory in the international competition.

Escalada, who was not considered by the coach, Gustavo Quinteros, in the main role, entered instead of the Paraguayan defense, Fernando Giménez, due to an early injury at the minute 5 of the first time.

With this victory, Emelec expected the Bolivar-Flamingo duel, played today in Rio de Janeiro (Brazil) to verify if they hold the leadership of group 7.