Esmeraldas is declared in state of emergency by propagation of Chikungunya 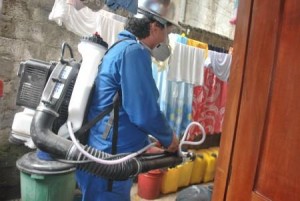 The Mayor of the city of Esmeraldas, Lenin Lara, as President of the Committee of Emergency Operations (COE for its Spanish acronym), with the aim of allocating necessary resources and actions to combat the outbreak of the Chikungunya virus, declared this Tuesday March 3 the status of emergency.

Until February 2015, 222 cases of Chikungunya were detected in Ecuador, of which 104 were concentrated in Esmeraldas, according to the Ministry of Health.

“The cases presented would be the product of the winter season, so the immediate elimination of larval breeding sites is required,” noted the municipality of Esmeraldas,which in addition informed through the social networks that the declaration of emergency seeks to fight the epidemic through cooperative cleanups and prevention campaigns in homes of Esmeraldas.

Diplomatic staff of US Embassy in Venezuela shall be reduced