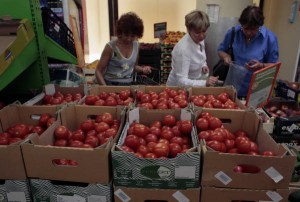 The European Commission (EC) is preparing a procedure for possible consultations before the World Trade Organization (WTO), due to the Russian seizure on EU agri-food products, EU spokesman Peter Stano said.

The EU Trade Commissioner Karel De Gucht, met yesterday with Polish Agriculture Minister Marek Sawicki, to address the global impact of the Russian veto on the Polish and European economy.

Poland, with exports of agri-food and fisheries products vetoed by Russia, 841 million euros worth, would be the second European country most affected by the extent of Moscow.

“The Commissioner informed the Minister that the EC is actively preparing a procedure for the possible release of a request for consultations under the dispute resolution procedure of the WTO,” Stano said.

Tires import depends on the retreading from this month