Exports of Ecuadorian banana increased by 8% 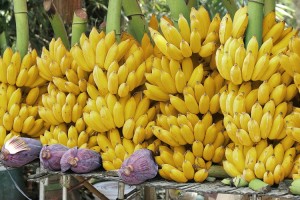 Figures for the first eight months of the year represent 16 million additional boxes.

Figures from the Association of Banana Exporters (AEBEfor its Spanish acronym) indicate that despite the 214.8 million boxes sold between January and August this year, the last month registers lower sales, which is not a good omen for the rest of the year.

Banana producers consulted by the Expreso Daily said that since August important markets such as Russia, China, Eastern Europe, Turkey, began to contract, the same that represent a higher volume than 44% of the Ecuadorian market.

At week 39 sales to Russia had fallen by 12% compared to 2014. Data from the AEBE indicate that in Russia, the Mediterranean and Eastern Europe sales fell by 39.8%.