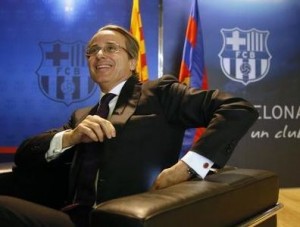 Barcelona will have up to € 60 million (U.S. $ 83 million) to spend on new players next season, said the man in charge of economic affairs of the Spanish club.

“Barca is willing to sign four players,” said vice president Javier Faus to Catalunya Radio. “We have between 50 and 60 million euros for all of the signings.”

Barca did not make additions in the January transfer, disappointing some followers who were not happy with a series of poor performances on defense.

At least the Spanish champions will need replacements for goalkeeper Victor Valdes and captain and centre back Carles Puyol, who have said he will leave at the end of the season.

Thus, the team could go to the market for a new defender, position where canterano Marc Bartra does not have the confidence of the coach Gerardo Martino.

Negotiation proposal by the EU is accepted by Cuba