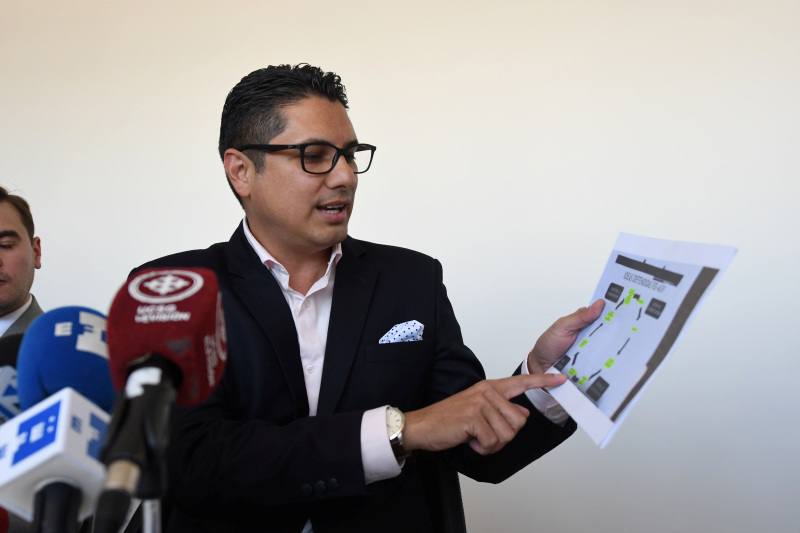 That the ex-agent Raúl Chicaiza would have belonged to the National Secretariat of Intelligence (Senain), that the expenses of the operation to spy on politician Fernando Balda in Colombia were allegedly paid with resources from the Senain, which former president Rafael Correa would have known about the intelligence operations against Balda in Colombia and that Ecuadorian agents would have violated the Colombian territorial sovereignty, through the operation ‘Guayacán’, is what the accuser in this case would reveal the documents declassified by the intelligence agency.

Yesterday, Balda made public a part of the information that contains the first group of declassified documents.

On page 254, according to him, there would be the tactical action order 001 to execute his kidnapping, which would have been signed by Pablo Romero, then head of the Senain, and Colonel Iván Jarrín Trujillo, general coordinator of Counterintelligence.

The action, part of the operation ‘Guayacán’, was intended for the team ‘ALFA’, which apparently was part Chicaiza, perform counterintelligence tasks to the meeting held in 2012 the former president of Colombia, Alvaro Uribe, and characters from opposition as Balda. The event given in Medellín was called “Forum on Ecuador”.

Diego Chimbo, defender of the former Chicaiza, assures that his client did not participate in the Guayacán operation. He clarifies that he only participated in the operational idea of revealing that Balda was engaged in cybernetic espionage and never participated in any idea to kidnap the Ecuadorian politician.

“We must ask ourselves why the president’s interest (Correa) in a deportation of someone for a sentence of slander, a crime of private action … Balda was on the radar of the former president and that gives exclusive coherence to cooperation effective of my client, “said Chimbo.

To support the thesis that Correa knew about the operations against Balda in Colombia, the politician presented yesterday a video in which Correa, on Saturday June 2, 2012, talks about information that was analyzed in Medellin, at the meeting in the one that agent Chicaiza was as an infiltrator.

In the video of the link 274 Correa says: “In fact there are already opposition groups, there are some traitors to the homeland, other fugitives from justice, right-wing opposition is meeting with President Álvaro Uribe in Colombia with the right financed by right international groups …”

Felipe Rodríguez, lawyer of Balda, highlights as important declassified documents the reasons why his client was dangerous to the government of Correa.

“Fernando Balda was dangerous because he was meeting with Álvaro Uribe and Leopoldo López, because he was promulgating ideas that threatened RC (without specifying who he refers to). (…) The ideas by which they had to neutralize it are freedom, freedom of expression, social progress, democracy. They come to the conclusion that these principles are against RC and that is why it is dangerous, “he said.

Felipe Rodríguez, defense of Fernando Balda, informed yesterday that in the expert opinion to the chain of command that made an expert of the Andean University it is determined that there is no possibility that Rafael Correa does not know the operations of the Senain.

The file that Flacso made to the political context that Ecuador lived under Correa’s mandate would also have entered the file. (I)