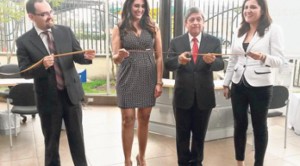 The unified basic wage increase for 2015 could not be defined in the meeting yesterday in Guayaquil among members of the National Wages Council (Conades for its Spanish acronym).

The proposal of workers in this first meeting was to increase the basic salary in a 16% according to the basic salary, which currently stands at USD 340, ie increasing  it to USD 394, while the proposed increase from the employer sector was USD 13.26 , ie an increase of 3.9%.

According to the Labour Code, the second meeting to reach a consensus should be made within a maximum of five days; however, the date stated in the meeting is Tuesday, December 22.

Jaime Arciniega, workers’ representative, explained that the union will examine the possibility of not attending to the second meeting, so that the responsibility for setting the increase would fall on the Ministry of Labor Relations.

Ecuador finished the environmental cooperation with Germany and returns $ 8.5 million for funding