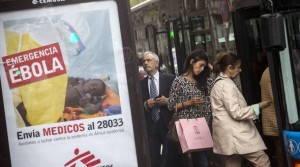 Yesterday was held the first suspected from Ebola in Brazil.It is expected for tomorrow to know the result of the first morning of the two laboratory tests to be performed to Souleymane Bah, with 47 years old. The citizen arrived home on September 19 from Guinea Conakry, one of the three countries in West Africa affected by Ebola.

Yesterday he entered to the National Institute of Infectious Diseases Evandro Chagas in Rio de Janeiro.

Bah had gone to a medical center in Paraná, because he had fever, cough and sore throat. However, yesterday the Minister of Health, Arthur Chioro said he has no symptoms until now of the disease.

The Minister indicated that the patient had contact with 64 people since last Thursday, when the symptoms started. They are being monitored.