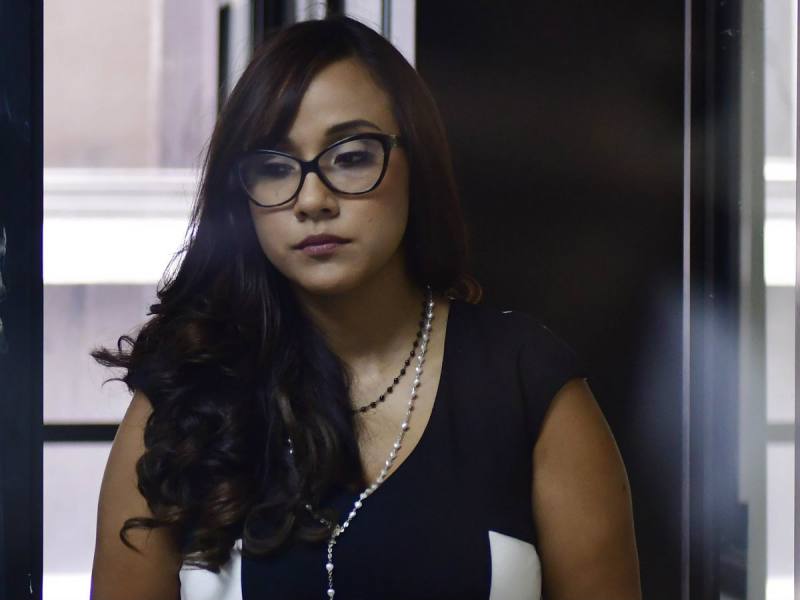 On the afternoon of Wednesday, May 16, the Criminal Court sentenced the ex judge Lorena Collantes to six months in prison for the crime of attack and resistance against personnel of the National Police.

It is known that the sentence was issued verbally and that in a maximum period of three days the written notification will be made, as confirmed this morning by provincial prosecutor Patricia Morejón.

In addition to the sentence imposed, the former judicial officer must pay a fine of 3 unified basic salaries; a payment of one thousand dollars as reparation to each of the three victims (police) and the issuance of public apologies through any means of communication.

Pedro Moreira, lawyer of the sentenced, said he would appeal the sentence while Morejón said that the prosecution is going to file an appeal because they do not agree with such a low sentence because it would have proven the materiality of the facts.

The crime of attack and resistance is punished according to the Organic Comprehensive Criminal Code with a deprivation penalty that can range from 6 months to 2 years.

This sentence comes a year and a half after Collantes starred in a scandal at a restaurant in Urdesa Central, on November 17, 2016.

In social networks viral videos of the ex judge insulting and threatening the uniformed.

For the provincial prosecutor, Patricia Morejón, the maximum sanction must be imposed, that is to say of 2 years, since there are several tests in which it is determined that the crime was committed.

The incident occurred on November 18 when Collantes staged a scandal and aggressions in a restaurant in the north of Guayaquil. The hearing took more than 6 months between suspensions and reinstatements, the Prosecutor’s Office said.

“On that day, the threats of death, of dismissal are seen as evidence … the criminal type was fulfilled. The sentence is the criterion and responsibility of the Thursdays, we want the sentence to arrive in writing to read the motivation they had in putting the penalty, “said Intriago.

Similarly, Héctor Vanegas, defender of Police Captain Jeanette Yerovi, expressed his dissatisfaction with the punishment given to Collantes.

“As for the penalty we cannot agree. This former judge did not attack only one policewoman, but three police officers more than action work and that should be worth the maximum penalty. The court gave a clear announcement that there are no untouchables, they have to be judicialized, “said Vanegas.

He added that they will make the appeal because they believe that “that powerful hand, of which she spoke, still protects her and has achieved a” small “penalty.

“The scandal caused the court not to accept the suspension of the sentence if requested,” he said.

Exactly that is the request that Pedro Moreira, the former judge lawyer, will make, since according to him it could not be proven that she committed the crime. “The videos were not shown at the hearing because they were not trained. There was a split decision of the court, “he said.

“She made a mistake, it was getting drunk, but not assaulting, the police took the wrong procedure,” he said, adding that she has psychological damage.  (I)