Former vice president of Ecuador says: they squandered the money and abused of public spending 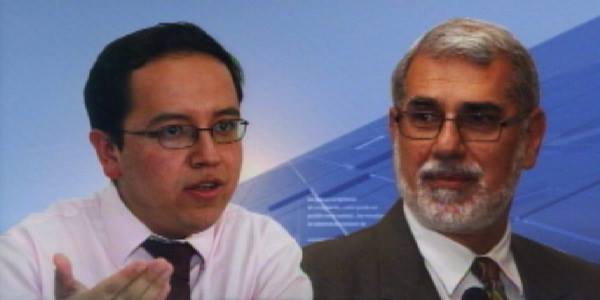 Both proved to be at the antipodes of solutions to overcome the difficult economic situation the country is facing, and which has the collapse of oil prices as backdrop.

So much so that the minister, during the hour-long debate, was wary about mentioning the word “crisis,”while Dahik rubbed it in all the time. Rivera and Dahik showed respect but neither can we say that the debate was exempt from insinuations, needless to say poisonous.

The topics addressed were: Economic crisis and its origins, of which Rivera said that the opposition seeks to alarm the country.

Dahik ensured that the economic model was based on government spending and the state never understood that dollarization could not generate a deficit in the balance of payments.

“This pattern of abuse of public spending is what led to the current situation, oil is a trigger,” Alberto Dahik said.

Rivera replied that in the past two months, financial deposits have increased, therefore, as liquidity has not falled, it has begun to stabilize.”

Dahik questioned his response, so the official told him that his analysis is wrong for using incorrect figures.

Another issue was expenditure or investment.

“You say that the country will grow, I can sign a statement that says there will be a recession in 2016, is enough to see the fall of the VAT by 18% in December to see how things are going,” Dahik exposed.