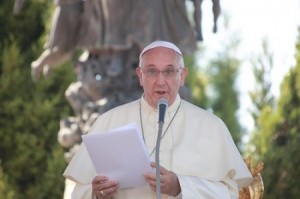 Pope Francis during his homily at the Mass today asked “forgiveness for the sins of omission” by Church leaders on issues of sexual abuse, which he called “serious crimes”.

Francis spoke about this topic at the Mass, which was attended by six victims of abuse, with whom he met later in private.

“I humbly apologize”, he said. Furthermore, he acknowledged that church leaders “have not adequately responded to allegations of abuse done by family members and those who were victims of abuse”.

The Pope shared his concern about priests and bishops committing such offenses, which he referred to as “acts that have left scars for a lifetime”.

The Vatican spokesman, Federico Lombardi, left open the possibility of more meetings like this in future between the Pope and victims of sexual abuse by the clergy.

U.S. Department of State would help Sudanese woman to leave the country