Strong earthquake in Guatemala-Mexico border leaves at least one dead

On Monday, according to preliminary reports from the governments of Mexico and Guatemala, a strong quake of magnitude 6.9 occurred at 05:24 local hour on the border area of both countries, leaving cracks in several houses, roads collapsed, fallen roofs from homes and at least one dead and one wounded.

“Unfortunately there are reports of a deceased person because of the earthquake in Huixtla (near Guatemala). A fence fell upon a man, who corresponds to the name of Jose Molina,” informed the Department of Civil Protection of the Mexican region of Chiapas through its Twitter account.

The quake originated about 47 km south of the city of Tapachula (Chiapas), bordering Guatemala, at a depth of 92 km, said the National Seismological Service (SSN for its Spanish acronym).

Chiapas Civil Protection also ruled out the formation of tsunamis but noted that there could be aftershocks. 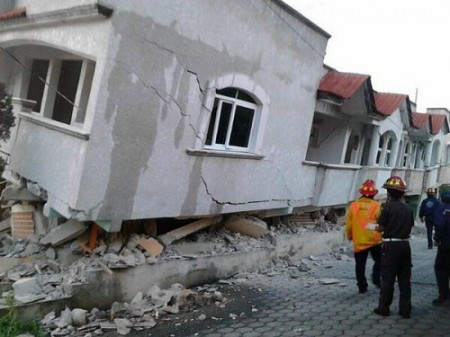