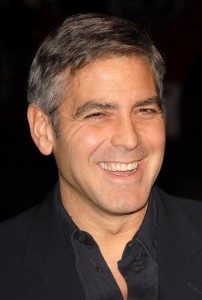 George Clooney, as well as other Hollywood stars, would venture into politics

According to British tabloid Daily Mirror, the American actor George Clooney, 53, could be launched to candidacy as governor of California in 2018, this according to people close to the star, who also claim that the democrats want him to occupy that office.

‘George is hugely popular With the Democrats and where better a place than to put him as the Governor of California the home of Hollywood,´ quoted the British newspaper. Clooney, who is engaged to the British human rights lawyer Amal Alamuddin, would plan to start his political career after their marriage in September.

Regarding this decision, the actor would have refused to participate in several productions. His wife, who lives in London, would move to the United States to support him in his decision. Clooney, as well as other Hollywood stars like Ronald Reagan and Arnold Schwarzenegger, would venture into politics.