Last Monday the Chinese government executed 13 people for committing “terrorist attacks” in the western region of Xinjiang, while three others were sentenced to death for an attack on the Tiananmen Square.

The 13 executed were involved in attacks in different parts of Xinjiang, including one last June that killed 24 police officers and residents, Xinhua said.

In the case of Tiananmen, five people were killed and 40 injured when, last year, a vehicle crashed into a crowd in the square and burst into flames. 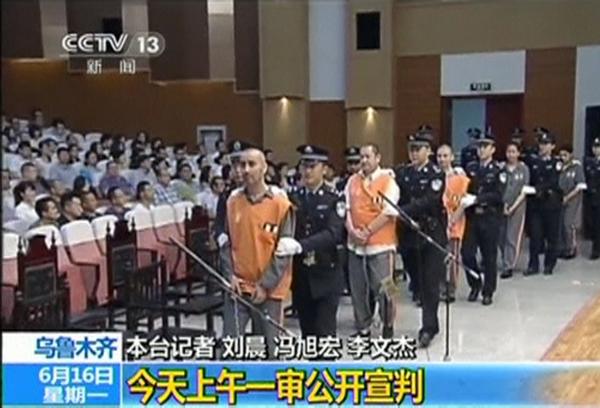 Video grab of the trial of three people sentenced to death for their roles in an October attack on the edge of Beijing’s Tiananmen Square.

Biden seeks to “rebuild confidence” with his visit to Brazil

Ringleader of attack against U.S. consulate is captured in Libya