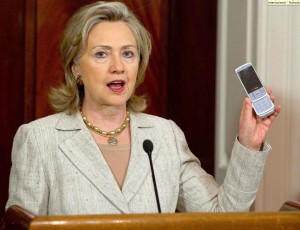 The newspaper Süddeutsche Zeitung (SZ) and regional public broadcasters WDR and NDR of radio and television are based on documents released to the American intelligence, CIA, by an agent of the German secret service BND.

The media does not especify when the alleged conversation took place bugged, but the case would have been mentioned in a conversation between Clinton’s successor, John Kerry, and his German counterpart Frank-Walter Steinmeier.

The three media quoted an unnamed German government source who indicated that Clinton’s conversation was intercepted by mistake, while she was on a plane the American government.