61 aftershocks were recorded after the 5.1 magnitude earthquake in Quito 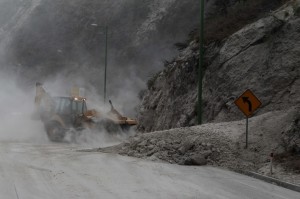 Until Wednesday August 13th (19:21), 61 aftershocks were recorded by the Geophysical Institute of the National Polytechnic School. This, after the earthquake of 5.1 degrees  magnitude on the Richter scale that occurred about one kilometer to the east of the Calderón parish, north of Quito.

The largest seismic event occurred at 23:16, in Calderón, and alarmed the inhabitants of this area who were getting ready to rest.

The expert of the Geophysical Institute Mónica Segovia said that these movements will continue in the coming days; but at lower intensities and longer intervals.

The Mayor of Quito Mauricio Rodas said that until Wednesday night, there were 584 reports of people whose homes were affected by the main earthquake and its aftershocks.

Ebola is “out of control” in Liberia