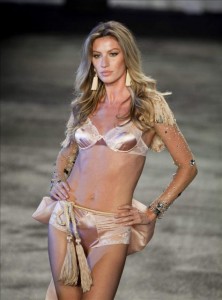 Gisele Bundchen, Brazilian model and considered the highest paid in her profession, plans to open stores worldwide of her lingerie brand, according to an interview published in the newspaper Folha de So Paulo.

Bündchen expressed her desire to open stores in Brazil, and even get to markets such as Latin America and the East. To mark the expansion of her brand, the model said she is currently studying the possibility of opening her own stores or selling her franchise. Her first store `Intimates´ was opened last year in Paris. Her lingerie brand is sold in Hope stores and other department stores from 2011.

Cerati fans say goodbye to him