“There are no specific allegations”, Rousseff said in defense of her Government 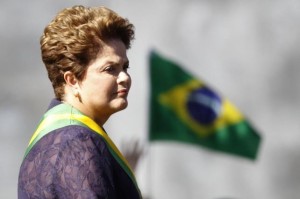 Brazilian President Dilma Rousseff said on September 7 that there are no specific allegations against members of her Government in the allegations about the press by a supposed case of corruption in the state oil company Petrobras.

“I think that (the allegation) does not throw anything against the Government, because nobody of the Government was accused of anything,” Rousseff said in a press conference at the Alvorada Palace, her official residence.

The Brazilian press divulged between the last Friday 5 and Saturday September 6 details about an interrogation to the police, which is being conducted by an imprisoned Former Director of Petrobras. The same one that has brought dozens of politicians for an alleged corruption case, which has caused a great impact amonth before the elections of October 5.