Government expects that 70% of Ecuadorians have a smartphone in 2020 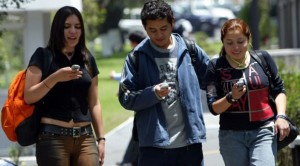 One of the goals is to increase the access to smartphones so that the population can have access to Internet and the different services that offered online through these devices, which will be connected to high-speed networks as 4G-LTE.

Currently, in the country it is estimated that 4 million of Ecuadorians have a smartphone and the number of cell phone subscribers reaches 17.9 million.

CES analyzes advances in the quality of higher education