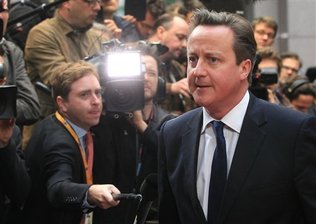 Following the election of former Prime Minister of Luxembourg Jean-Claude Juncker as the new President of the European Commission, Great Britain was close to get out of the European Union (EU).

That decision went against the position of the United Kingdom Prime Minister, the conservative David Cameron. That’s why London forced a vote in an attempt to block the election of Juncker, who is considered a strong driver of a further political integration in the block.

For Cameron, the EU, an organization that welcomes 500 million people, is “too big, too meddlesome and too bossy.” So he rejected the nomination of Juncker, who sees clearly in favor of integration, consensus and the building of an empire in Brussels failing to return the power to the member nations.

The head of the British government said that Great Britain could now pose to eventually leave the EU.