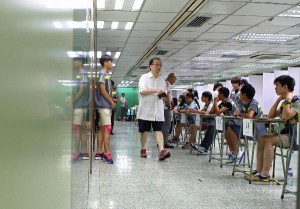 About 800,000 people came to the polls yesterday for the popular referendum, organized by pro-democracy parties, to call for universal suffrage in Hong Kong.

The referendum was organized by the movement ‘Occupy the Central district with Love and Peace ‘, and had a total of 799,772 votes. Almost a quarter of the electorate, showed its discontent with the political plans of China to Hong Kong.

The popular vote is not legally binding and recognized by the government of Hong Kong nor China, and started after the Beijing Central Executive published a document stating that it oversees the autonomy of Hong Kong.