As positive, but which may be insufficient or untimely. This is how the experts evaluate the changes in the Cabinet of the government of Guillermo Lasso , after the national strike of the indigenous movement. 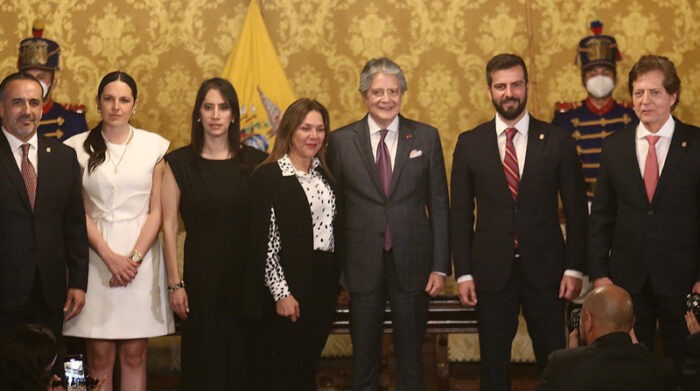 Wendy Reyes, an expert in governance and political communication issues , believes that the Executive should make adjustments much earlier, especially in the Finance and Health portfolios.

“I believe that more public spending is needed, more social investment, economically, and this could have been solved before. The protests had to come after several days for a health emergency to be declared. I think this was already an alert that was very much on, ”she said.

The political scientist Arianna Tanca recalled that Lasso in the first Report to the Nation , on May 24, 2022, recognized that he had to make adjustments in his management.

“I think they are positive because one of the biggest criticisms that has been leveled at the government is precisely neglect of the social front (…). In this sense, it also corresponds to the commitments that were made and the lessons learned after the strike,” Tanca said.

The political scientist Arturo Moscoso agrees that the adjustments in Carondelet “go along the lines of presenting a new focus on the social, along the lines that have been most criticized,” and in the intention of turning the Government towards the social to reinforce the agreements that are advanced with the Conaie .

“Within the national strike there was much criticism of the social issue, precisely. There was the demand for a social approach, in education, health”, he pointed out.

At the inauguration ceremony, President Lasso did not provide an explanation as to why a Minister of Health was not appointed .

Darío Herrera Falcones  will occupy the Ministry of Transport and Public Works (MTOP), instead of Marcelo Cabrera . The outgoing official was elected to the Assembly and resigned from that seat to be part of Lasso’s cabinet. When confirming his departure, he indicated that there were no resources from Finance to manage him. The new minister, Darío Herrera, is a 53-year-old real estate businessman from Manabi. He was announced as the head of the Housing Portfolio in April 2021. Herrera has a bachelor’s degree in business administration from the Universidad San Francisco de Quito. In addition, he has developed investment projects in the residential, commercial and hotel sectors in Ecuador, Belize and the United States.

Andrea Montalvo Chedraui  is the new Secretary of Higher Education in Ecuador. She took office on Tuesday, July 5, 2022, replacing Alejandro Ribadeneira , who took office with the start of the government of Guillermo Lasso . Andrea Montalvo was already working as an official of the Secretary of Higher Education, Science, Technology and Innovation ( Senescyt ). Along with Ribadeneira , she was the Undersecretary General of that institution. Montalvo was dean of Students and Quality Management at the Universidad de Los Hemisferios, in Quito, where Ribadeneira was rector. In that institution, Montalvo was Director of Planning. at the San Francisco Universityshe was academic coordinator of the College of Technologies .

María Gabriela Aguilera  is the new Minister of Urban Development and Housing (Miduvi), replacing Darío Herrera , who became head of the Ministry of Transportation . She is an architect and held the position of Vice Minister of the same State Portfolio , since the beginning of Lasso ‘s administration . She studied at the Pontifical Catholic University of Ecuador and is Director at Base Arquitectura. “Throughout his 22 years of professional practice, he has developed consultancies; architectural and urban projects of various scales and typologies for both the private and public sectors: civic, cultural, educational, health, administrative, recreational, landscape, and single-family and multi-family housing projects,” says his professional resume.

Pablo Arosemena  succeeds Simón Cueva . Arosemena left the post of governor of Guayas , after nine months. There, he spearheaded efforts to combat crime in the province. Only in Guayaquil , Durán and Samborondón , the three most populous cantons of Guayas, 3.8 violent deaths are recorded per day. Arosemena is part of the environment of the current president Guillermo Lassofrom his political campaign. He was the head of the economic team. Previously, he held managerial positions in the private sector. He was President of the Chamber of Commerce of Guayaquil (CCG) and of the Federation of Chambers of Commerce of Ecuador. He has been an entrepreneur in solar energy and real estate.

Alfredo Ortega Maldonado was sworn in as the main representative of the President to chair the IEES Board of Directors in place of Patricio Cepeda. Ortega is a Commercial Engineer in addition to a degree in Diplomacy and International Economic Sciences and a master’s degree in Diplomacy and International Sciences. Ortega replaces Francisco Cepeda, who submitted his resignation on June 6, after eight months in office. In his resignation letter, he pointed out alleged difficulties in the “governance” of the institution and health problems. “I consider that the current situation of the IESS merits the formation of an Intervention Commission, as soon as possible. I will be ready to support”, said Cepeda.