Import quotas for cellphones is extended until March 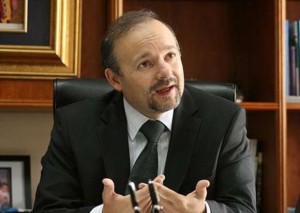 The Government decided to extend for three more months the quotas on imports for cellular phones, said yesterday the Minister of Production, Richard Espinosa.

The authority did not comment on whether smartphones would be included in the decision.

Those three months, said Espinosa, are sufficient time to analyze technical and technological information submitted by the Ministry of Telecommunications.

“Here is (one) issue of the foreign exchange outflow, but also of the incorporation of new technologies. So as we do not want to see this issue in isolation we have considered necessary to take this three months, January, February and March, and if it can be done before (…) much better, but at least we have those three months to make the best decision,” Espinosa said.

Telecommunications companies have requested the release for the Smartphones imports restrictions.