The electronic signature, the license, the passport and the digital ID, currently at the service of the citizenry, are part of the achievements highlighted by the President of the Republic, Lenín Moreno, in access to technologies. 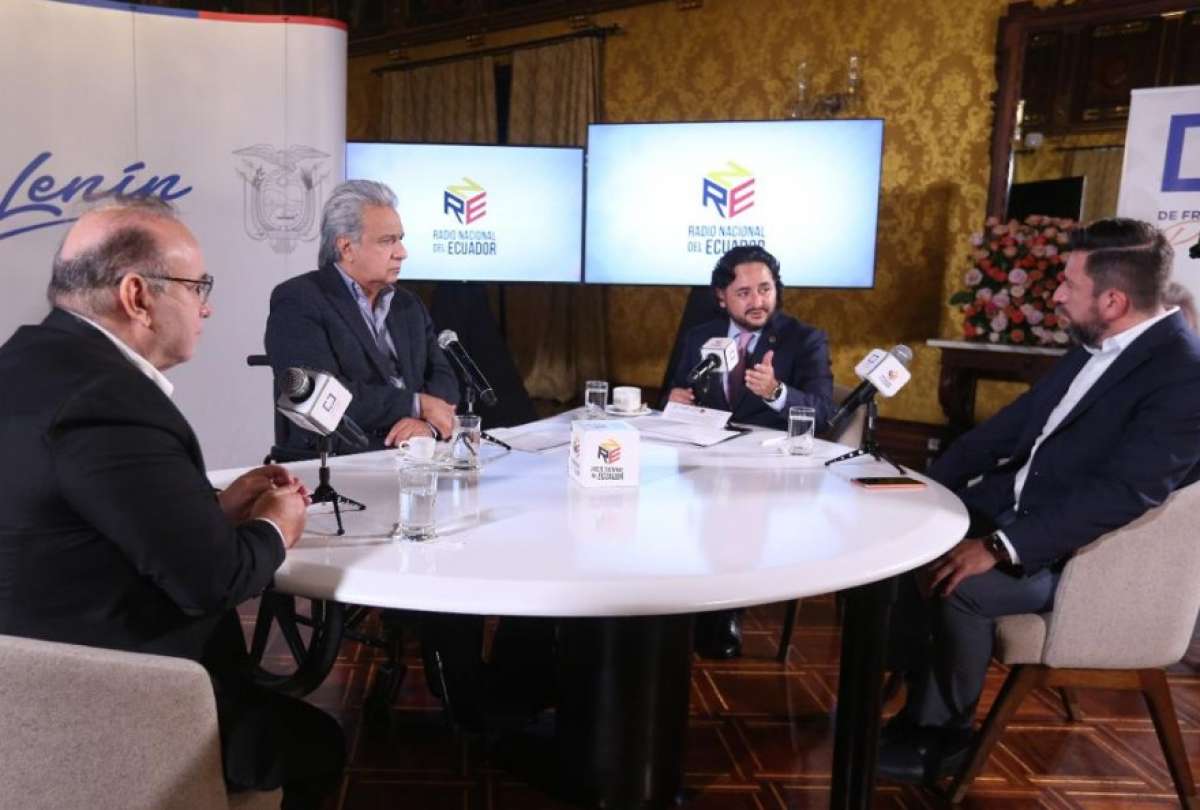 These statements were made on the radio program De Frente con el Presidente, broadcast this Wednesday, March 3, 2021; The Minister of Telecommunications and the Information Society (Mintel), Andrés Michelena, participated with him.

He also emphasized that, as a result of the pandemic and confinement due to COVID-19, teleworking, telemedicine and tele-education are accessed. “4G works perfectly in Ecuador.

Approximately 10.5 million people have benefited from this technology, we improve the quality and access to digital matters more easily and quickly. We reached the 24 provinces, ”he said.

In this regard, he also explained that 213 cantons in the country -of the 224- have access to these technologies; However, it is important to continue the line of work focused on the future that streamlines processes, decisions, allows training, among others. Therefore, work is being done on the implementation of the 5G network, an aspect that the next government will have the power to ratify or change the decision of the bidding companies that would be in charge of implementing the technology.

“This allows us to leave the next government on its way to do the renegotiation first with sovereign securities from the Ecuadorian spectrum and with existing data (…). This will allow them to do a transparent and fair renegotiation with the operators; negotiate the auctions of these new bands, including that of 5G, which allows progress towards the process in a single package for more than 15 years ”, he emphasized.

Another result of digital innovation is the simplification of procedures. The Secretary of State explained that an important milestone for the Government is that 77.48% of government procedures are carried out online and are at the service of citizens, which has meant savings of $ 150 million. Likewise, 700 procedures were eliminated – of one 3,900 – and these are on the Gob.ec portal or in its application for mobile devices.

He reported that about 40,000 doses of vaccines against covid-19 have already been administered in the country and this day more than 31,000 doses will arrive.

The Head of State also referred to his state of health. He maintained that he has had pressure in his chest and some discomfort in what he presumes is the heart. “At some point I had an electrocardiogram and it is seen that I had a problem in the lower part of the heart, but they told me it was not a major problem, at least in the short term it was not a major problem,” he added.

He stressed that on his last trip to Washington he felt a pressure in his chest. “I was scared and my wife was more scared. I immediately called a cardiologist and he made me an evaluation and advised me to do the respective tests ”.

On other national issues, on the situation of the penitentiary system, the Head of State emphasized and recalled that the Executive sent a request to the National Council of the Judiciary when a judge granted alias “Rasquiña” to be released. evaluate the relevance of this decision.

In addition, he stressed that in these three years of Government the necessary resources have been sought to resolve the prison situation, but the administration of the previous regime complicated it with the inadequate use of resources, the departure from the Manta Base and the purchase of radars that were damaged.

“The real cause is the presence of criminal gangs dedicated to terrorism and drug trafficking,” he added. And to address this issue, he said that next Friday the Council of Public Safety and State (Cosepe) will meet.

Regarding the bill for the Defense of Dollarization, Moreno indicated that “The Executive has the obligation to work on sending laws that we believe are necessary for the future of Ecuador and that are major national issues. Until the last day of the administration of the Government they will work on that, one has to behave like a statesman thinking about the future and not about the next elections ”. (I)