Intention to reduce telephone profits will be implemented in November 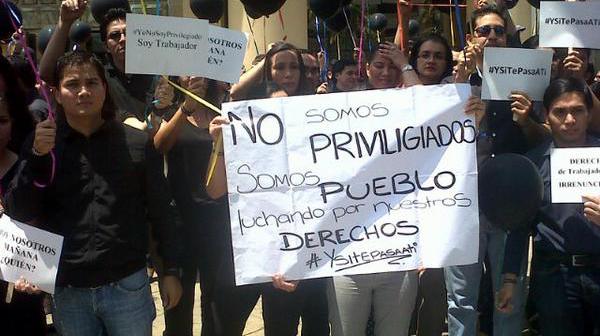 The President of the Autonomous Government Commission, Richard Calderón, said that the pronouncement on the reduction of the profits of the telephone workers from 15% to 3%, which would be recorded in the Organic Law of Telecommunications, will be implemented after the approval of the report of the Commission, which is expected to be ready until 15 November.

However, on October 15, during the appearance of Claro and Movistar workers to such Commission, Assemblyman of the ruling party Fausto Cayambe, let glimpse that the intention of the profits of the employees of these phone companies to be reduced, will no longer be realized.

According to Cayambe, who participated as a guest at the Commission, this issue of profits “is a right and is legislated in the Constitution as well asin section 27 of the Labour Code in force.”