On Wednesday the Ecuadorian team Emelec ranked for the quarterfinals of the Copa Sudamericana after winning 5-6 on penalties, against Brazilian Goias and after falling 1-0 in the second leg of the second round played in Goiania.

The Emelec, despite not having three of its most important players in its starting lineup and conceading Goias with a goal in the first half, managed to stop the Brazilian efforts to increase the score until the last minute, forcing decisions on penalties, in which only failed one out of seven shots.

In the first leg, the Goias lost 1-0 two weeks ago during its visit to the Ecuadorian champion in Guayaquil, which is why it needed a victory with more than one goal difference to try to advance to the quarterfinals.

In the quarterfinals of the South American, Ecuadorian champion will have to measure itself before the Brazilian team Sao Paulo, which eliminated the Chilean Huachipato. 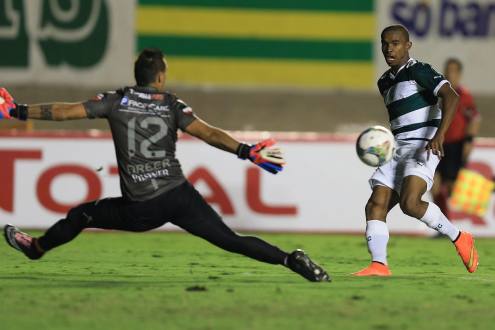