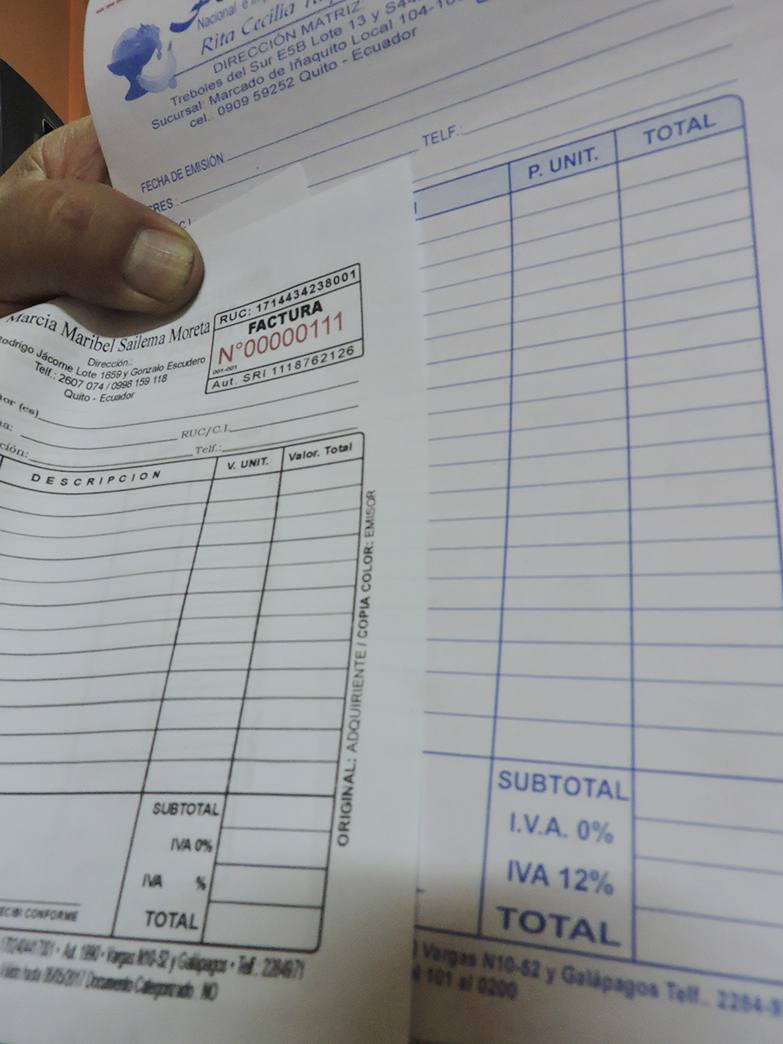 Since last May 16, the IRS released a statement indicating that bills will not feature the VAT value.

Eduardo Ortiz, of the Ortiz Printing company said yesterday that the IRS notified them that invoice formats should leave the VAT space in blank so that each taxpayer writes the percentage.

While other printing companies, like Imser, have not yet received the provision of the tax authority, according to Fernando Guana. They said they learned about this thanks to the customers who informed them.

European Commission: the extension of the safeguards will be analyzed in the WTO