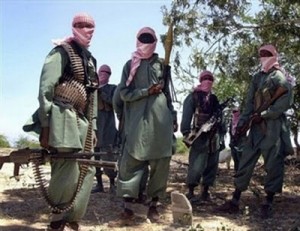 20 suspected armed Islamists attacked the market of Daku’s locality, killing 15 people, including the local leader, reported on Monday witnesses and a security source.

Andrew Musa, a resident of Daku, reported that 15 bodies were found after Sunday’s attack, while the trader Zaka Sama’ila increased the death toll to 25 people, after that ten people were killed while trying to escape to their homes, said the Sama’ila.

Security forces did not comment on this new attack, while a security source in Maiduguri, Borno State capital, confirmed this took place.

About 20 armed men kidnapped two hours after the first attack the local leader of a town in the neighboring state of Yobe.