Israel and Hamas do not still concrete ceasefire extension 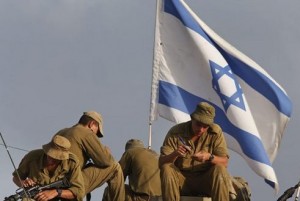 The ceasefire in Gaza meets today its third and final day and there is still no agreement between Israel and Hamas to extend the ceasefire.

While Israel accepts an unconditional extension, Hamas says that Israeli and Palestinian negotiators in Cairo have not yet closed any agreement for a stable truce.

“Israel has no problem extending the ceasefire unconditionally,” said a senior Israeli official, speaking from anonymity. On the duration of this extension, this source said that it could be unlimited.

For hi part, Hamas deputy Musa Abu Marzouk, who participates in indirect negotiations with Israel in Cairo, said that “there is not an agreement with Israel on an extension of the ceasefire” in Gaza.

The military offensive launched by Israel on July 8 has taken the lives of 1,875 Palestinians, including 430 children and adolescents, according to the Palestinian Ministry of Health.

Biess will double the granting of housing loans