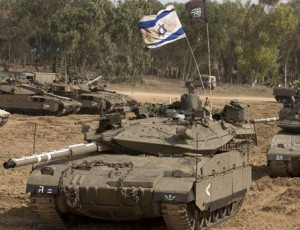 The Israeli army announced the limited deployment of reservists as reinforcement in the surroundings of Gaza, after the rockets firing against Israel, to transmit “a message of appeasement” to the Islamist movement Hamas, which controls the Palestinian territory.

“We have deployed forces. They’re limited troops of reserve officers sent to various military headquarters to strengthen our capacity near the border with Gaza and not in the field,” said an army spokesman, Lt. Col. Peter Lerner.

“Several dozens” of officers will be stationed in cities near the Palestinian location in southern Israel.

In total, nearly 20 rockets were fired to Israel since midnight on Wednesday from the Gaza Strip. Two of them were intercepted by the missile defense system Iron Dome.