The SBS will audit the account of Seguros Bolivar 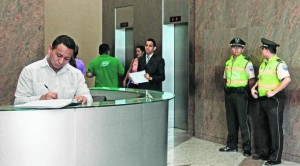 After starting a compulsory liquidation in the Seguros Bolivar company, yesterday met the shareholders and the liquidator of the entity Carlos Espinoza in order to facilitate a capital injection to the company due to financial problems. Espinoza said that respective audits will be done to determine the current financial situation.

Pedro Solines, Head of the Superintendency of Banking and Insurance (SBS for its Spanish acronym), said it would help, first because there are not legal disputes between parties and second, because that money would cover the deficit.

The financial situation of the company, with a $ 3.1 million losses projection for December, made ​​it likely it was unworkable and unsustainable.

Once they got the diagnosis -added Solines- they will establish a roadmap to determine assets and liabilities to which priority should be given, as payments to suppliers, employees and public institutions.

Retirees raise their concerns about changes in Biess