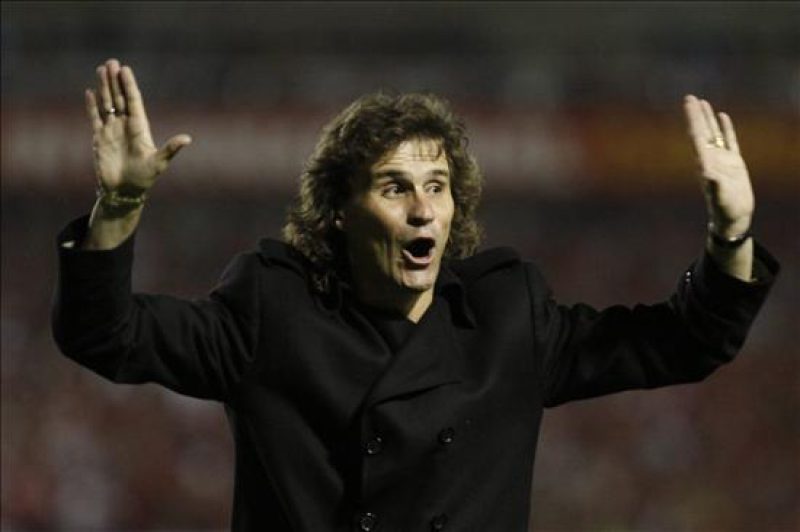 On Friday afternoon it’s been confirmed Rubén Darío Insúa is the new Coach of one of the most important soccer teams of Ecuador, Barcelona Sporting Club. The information has been confirmed via El Universo, an important newspaper of the country as well.

Apparently, Insúa’s contract is gonna last until December, 2011. The involvement of Insúa on the popular soccer team occurs after the resignment of Juan Manuel Llop, the previous coach of the team, who resigned after the score of 4-0 on a match against Deportivo Quito.

Reports state that Insúa topped the list of more than 20 names who aspired to become the new Coach of Barcelona, such as Gabriel Perrone, Juan Carlos Oblitas, Luis Fernando Suárez, Nelson Acosta, Juan Ramón Carrasco. At first, concerns of Carlos Manzúr, President of the Soccer Commission, proved Insua wouldn’t be the new man in charge because of the high payment he was demanding.

This is the fifth coach during Maruri’s direction of the team. The last soccer team in which Rubén Darío Insúa was involved was Deportivo Quito back in 2009. The team became a Champion that year. This would be the fourth time Insúa coaches the team.

This Sunday, Barcelona is gonna play a game against El Nacional on the Monumental Stadium. Barcelona has 63 points of score and is in the Top 3. There are 9 dates until the end of the Second Phase and the team is aiming to be place at least in the Top 4.