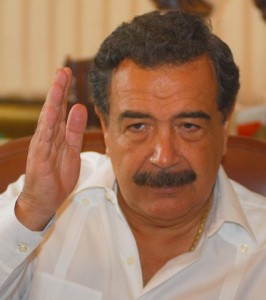 Yesterday, Jaime Nebot, Mayor of Guayaquil, announced he executes the necessary steps to obtain the support of local governments for the process of national unity, which began on February 23 in Cuenca with the Mayor of Quito Mauricio Rodas, of the political movement SUMA-Vive and Paul Carrasco, Prefect of Azuay, who represents the Participa-Igualdad movement.

“We continue to making negotiations so more people come to this unit, despite political and ideological differences, because the aim is to defend democracy and freedom,” Nebot said to Radio Sonorama. The purpose of this union would generate a model of productive development to improve the living standards of Ecuadorians. Nebot also pointed out he does not seek to conduct a referendum, but “preparing an agreement” for the upcoming 2017 elections.