Japan will show the country the potential of its industry

An automotive exhibition will be held from March 9 to march11th in the framework of the centenary of bilateral relations between Ecuador and the Asian nation.

On the occasion of the 100th anniversary of diplomatic relations between Ecuador and Japan, some cultural, gastronomic and commercial events were scheduled. One of the most important activities is the Japan Motor Show exhibition, from March 9 to 11, on Paseo San Francisco, in Quito, where there will be a diversity of automobiles and automotive services of Japanese brands. “Japan is quality, innovation, technology and that’s what we want to show in this exhibition,” said Estefanía Sigcha, executive director of the Ecuadorian-Japanese Chamber of Commerce and Industries, an institution that organizes the event with the Association of Automotive Companies of Ecuador (Aeade).

The main products imported from Japan to Ecuador are related to the automotive sector, whether by vehicles, trucks or buses, as well as auto parts, so Genaro Baldeón, president of Aeade, stressed that the exhibition will see the quality and variety of Japanese brands.

The entrepreneur estimates that imports of vehicles from the Asian country in 2017 reached approximately $ 100 million. Although the non-oil trade balance between Ecuador and Japan registered a trade deficit in the last five years, exports increased gradually and imports decreased over the years. This favors the South American country, since the gap or difference between both items is reduced. 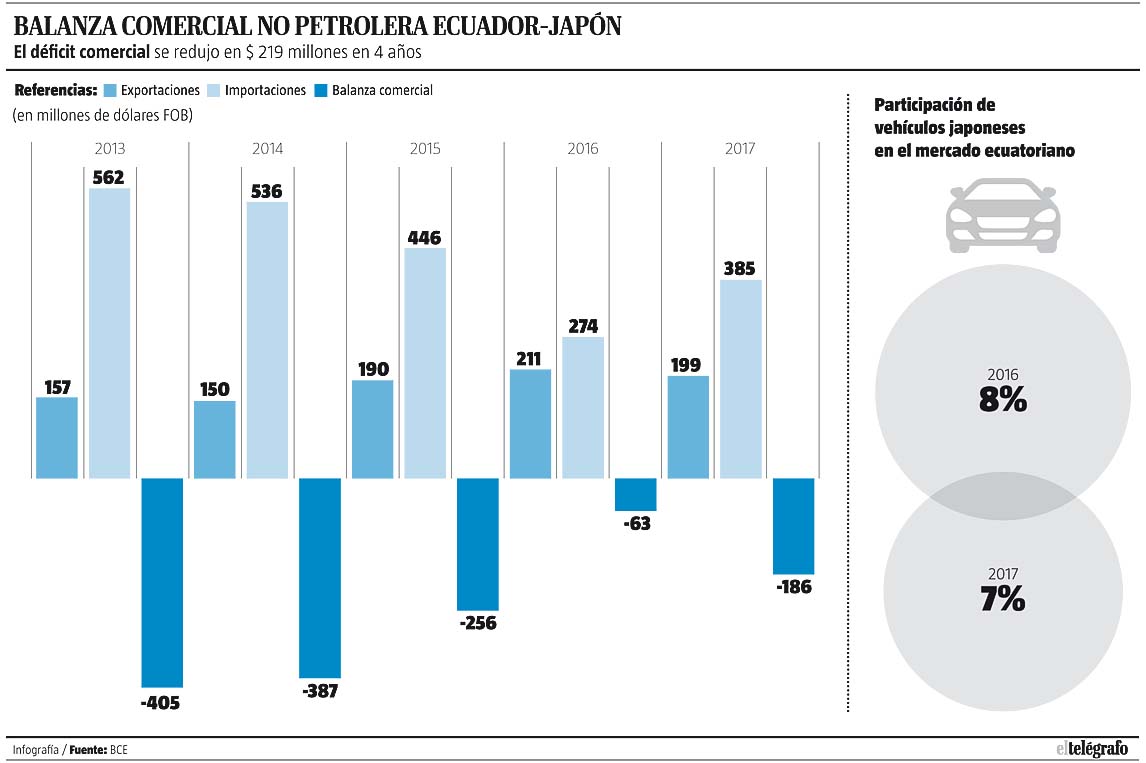 According to the Institute for the Promotion of Exports and Investments (ProEcuador), in the last five years the country showed a favorable evolution in exports to Japan, registering an average annual growth rate (TCPA) of 6.22% in FOB value the period 2013-2017, so that several sectors see the signing of a possible commercial agreement as positive. (I)